Sign up for the summer reading program! “Read Beyond the Beaten Path” runs through July 29.

Behind the Rifle: Women Soldiers in Civil War Mississippi 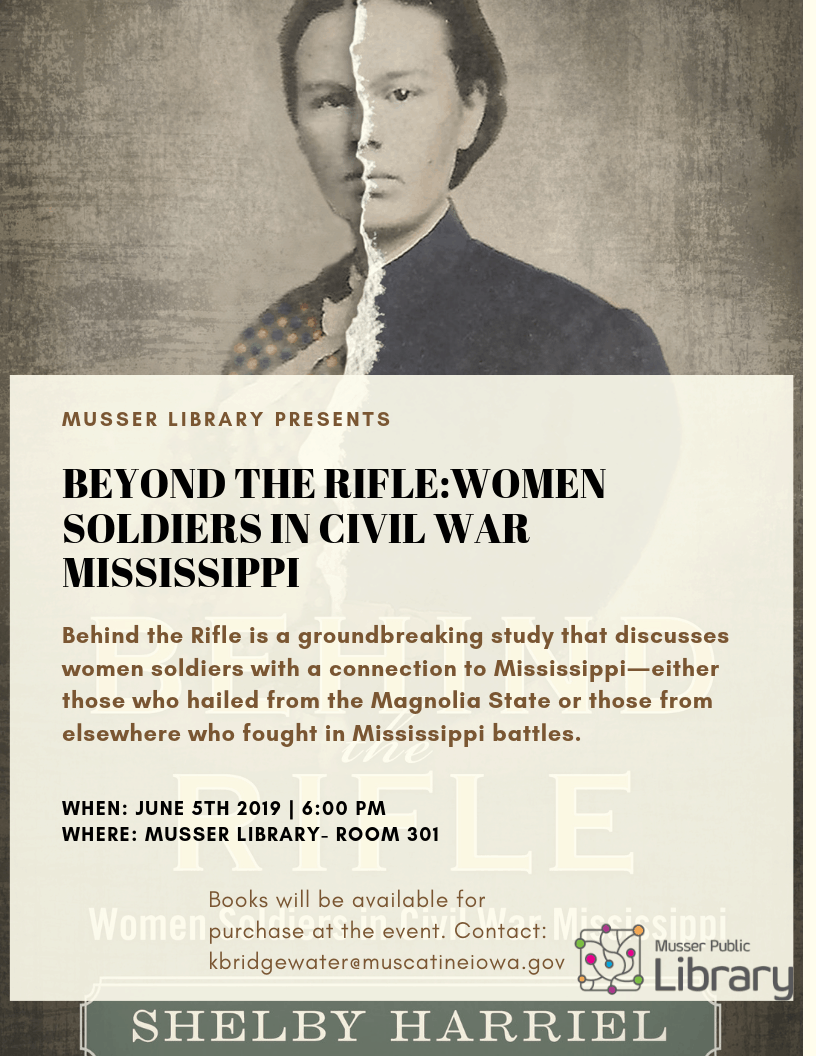 During the Civil War, Mississippi’s strategic location bordering the Mississippi River and the state’s system of railroads drew the attention of opposing forces who clashed in major battles for control over these resources. The names of these engagements―Vicksburg, Jackson, Port Gibson, Corinth, Iuka, Tupelo, and Brice’s Crossroads―along with the narratives of the men who fought there resonate in Civil War literature. However, Mississippi’s chronicle of military involvement in the Civil War is not one of men alone. Surprisingly, there were a number of female soldiers disguised as males who stood shoulder to shoulder with them on the firing lines across the state.

Behind the Rifle: Women Soldiers in Civil War Mississippi is a groundbreaking study that discusses women soldiers with a connection to Mississippi―either those who hailed from the Magnolia State or those from elsewhere who fought in Mississippi battles. Readers will learn who they were, why they chose to fight at a time when military service for women was banned, and the horrors they experienced. Included are two maps and over twenty period photographs of locations relative to the stories of these female fighters along with images of some of the women themselves.

The product of over ten years of research, this work provides new details of formerly recorded female fighters, debunks some cases, and introduces over twenty previously undocumented ones. Among these are women soldiers who were involved in such battles beyond Mississippi as Shiloh, Antietam, and Gettysburg. Readers will also find new documentation regarding female fighters held as prisoners of war in such notorious prisons as Andersonville.

Books will be available for purchase with signing at the event.